Weekly Tech Roundup for July 20 2018. The gift of Technology

Technology is a gift of God. After the gift of life, perhaps it is the greatest of God’s gift. It is the mother of civilizations, of art and science. – Freeman Dyson.

From evolution of voice assistant technologies to creation of tiny cockroaches that can sneak into tight spaces to detect potential problems, technologies are being upgraded to make our everyday lives easier to go through, We have all of these evolution in Technology just a click away for ease of access, just for you!

We also included some snippets from our daily knowledge development sessions, just to give you a little extra knowledge. After all, knowledge is never enough. Take your time and digest every one of them. The world is fast evolving and so should your mind.

Fine of €4,34 billion to Google for 3 types of illegal restrictions on the use of Android. In this way it has cemented the dominance of its search engine. Denying rivals a chance to innovate and compete on the merits. It’s illegal under EU antitrust rules. Google now has to stop it.

Google without a degree

Interesting read on evolution of voice assistant technologies, what it required, how far we’ve come and where its headed.

Why Mastercard doesn’t use OAuth 2.0

While a lot of people generally assume OAuth 2.0 is an upgrade of OAuth 1.0a, or they think that OAuth 1.0a is difficult, Mastercard discusses why it doesn’t use OAuth 2.0.

A company called Mars Bioimaging, in New Zealand, have developed an x-ray technology that seems to make flesh and bone translucent and hyper real. Yup…you can actually see the muscles, bones and all…in 3D…and in colors…Amazing!!

Microsoft CEO plans regulate the use of Facial Recognition

Microsoft CEO wants the use of Facial Recognition to be Regulated for considerable reasons.

Six months after jumping into the bike-sharing game, Uber has made a fascinating discovery: New riders taking a spin on its red Jump electric bikes in San Francisco are more likely to continue riding the bikes instead of hopping in one of its ubiquitous cars.

Rolls-Royce, a company perhaps best known for airplane engines and luxury cars, is creating tiny cockroaches that can sneak into tight spaces to detect potential problems and perform routine maintenance.

No, we are not talking about domestic cockroaches, what is being developed is a robot. You can get off that chair because the concept that the British giant Rolls-Royce wants to implement is robotic cockroaches about 15 millimeters high with a weight of only a few grams.

Online books to develop yourself

Looking for a free online nano book to develop yourself in your desired area of expertise.

Some skills cannot be learnt not because they can’t be taught but maybe because we don’t know how. Here’s an important skill that nobody teaches.

Flying cars are becoming a reality

Flying cars seems to be a thing of sci-fi movies, but with this technology we could all be pilots flying around

This post is related to a startup that is offering to preserve people’s brains to create a virtual after life.

Create a GIF of your dance moves

Google is launching another AI experiment that can create a GIF of your dance moves. The AI experiment is called Move Mirror that captures your movements on camera, and matches it with some of your photos with the same poses.

old, but an interesting read on treating hiv like spam to cure it

Photoshop is coming to iPad

Graphics designers can now get move one step forward in the tech world with this new introduction by adobe.

Electronjs (or simply electron, formally known as Atom shell) is a javascript library used in writing desktop applications using HTML, CSS and javascript. It was initially developed in an attempt to create the popular Atom code editor by Github.

Electron is a combination of two major technologies, each responsible for the core features found in native desktop applications. Nodejs or Node which handles the main process (file system access, compiled modules support and commonjs module) and Chromium (an open source version of Google Chrome browser to handle the UI) to handle the renderer process (HTML & CSS renderer, DOM access and Web API). 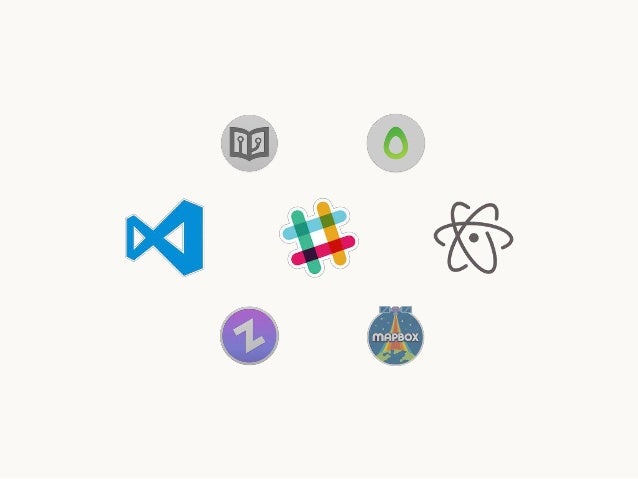 Some of the desktop applications written with electron include

A full list of applications developed using electronjs can be found, HERE .

You probably already know that Bincom ICT‘s core is Best Use of Technology. This initiative is a compilation of some of the things the people at Bincom Dev Center  found interesting  during the week in review.  Bincom Dev Center is the Training & Development Arm of Bincom ICT.

In this weekly publication, You will find various pieces ranging from ideas, to trends, to random thoughts. They are here because we found them interesting.  We also include some knowledge development pieces and where to get more information about the topic. We aim to publish an edition every Friday at 5pm (with exception of Holidays).  We are working hard to keep  ourselves updated and we thing you should too!

Time for some Shameless Advertising:

One more thing, Credits for this edition goes to :